Trump, Brexit and the importance of finding common ground.

Written by Jay Richardson in The Scotsman on March 12th, 2018 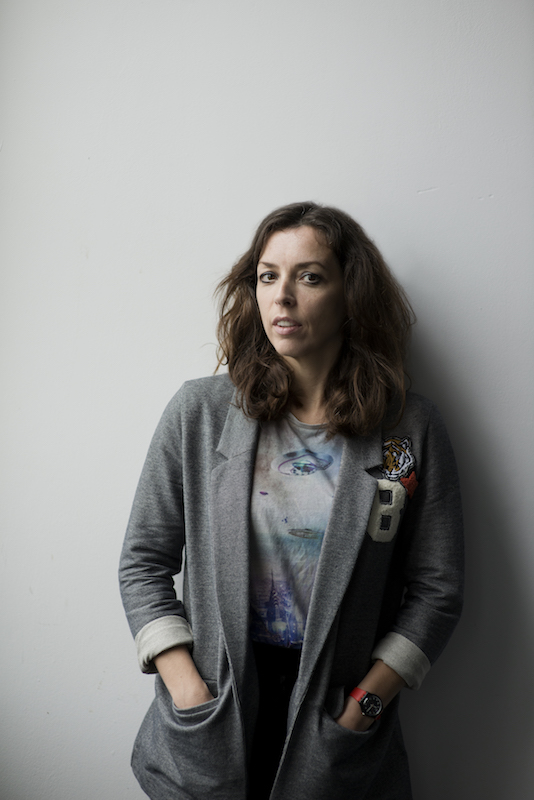 When Bridget Christie wrote her last show, Because You Demanded It, in two months of feverish frustration after the EU membership referendum, “It was massive and quite exciting”. But now, contemplating the rolling no-news of Brexit, “it’s this awful, boring, long-drawn-out thing that never seems to change,” she sighs. “Nothing that’s happening is new or surprising, they’re all things that we said would happen. And oh, God, I’d just wish we’d go now. “I’ve become a passionate Leaver” she laughs.

Since winning the Edinburgh Comedy Award in 2013 with A Bic For Her, publishing a critically acclaimed book and cultivating a global fanbase as the first female British comic to release an international Netflix special, Christie is feeling the burden of expectation. “Every new thing I write, I feel I can’t do it, I’ve got nothing and it feels like an insurmountable amount of work,” she admits. “What I’ve realised is I think about things for too long and then only put them together quite quickly at the end. It’s stressful but I probably work best in a bit of a panic.

There’s always that point in every year where I feel like an open mic again, where I go out with nothing and it looks like I’ve never been on stage before”. Debuting at the Glasgow Comedy Festival, her latest show, What Now? is a call to lay aside the division, resentment and recrimination of recent political upheavals and for people to band together. “Though hopefully, in an amusing way,” she ventures. “It’s about remembering that we’re all human and we all have the same basic needs. So let’s focus on those for a bit. We’re not here for very long.”

For stand-ups, being broadly likeable is often seen as a pre-requisite. But Christie acknowledges that “you can’t be all things to all people all of the time. “I first thought about this with A Bic For Her – I thought it would be completely alienating for 90 per cent of my audiences. But those were my genuine thoughts and perspective. And sometimes, you do just have to go for it. “With this show though, I wondered if I could write something a lot of people would enjoy. I’ve done quite divisive shows in the past that have been quite difficult, a lot of the feminism ones have had blokes walking out. “But we’ve got so much in common. And I don’t think anyone’s got what they wanted at the moment. Strangely, Brexit might actually unite everyone. There were all sorts of reasons why people voted for Trump and for us to leave the EU. And I think it will get worse before it gets better. But ultimately, I am optimistic.”

What Now? picks up from Christie’s recent Radio 4 series Utopia, in which she travelled the country interviewing people who claim to have found contentment. The results were hardly earth-shattering, as she found that while many of us suffer information overload brought on by addiction to social media and a constantly updating news cycle, what people actually need is a physical feeling of togetherness and community.
She’s also quick to disclaim that regardless of this quest, hers is a privileged, first-world angst. “The world hasn’t suddenly become perilous. There have been terrible things happening for hundreds of years, poverty, wars and homelessness. It didn’t all just get worrying when Trump was inaugurated,” she says. “I have to make that clear. But just because I’m OK now, I haven’t always been. I was 42 when I started earning money from comedy and I’m not from a rich background. I still have a right to feel anxious about things and a right to have an opinion. You can’t not talk about these things because someone notices that you have a smart car.”
Indeed, despite her success, at 46, Christie retains a soft spot for the more absurdist, less critically lauded and commercially dubious stand-up she performed before her 2013 breakthrough. When her feminist arguments were delivered from an ant costume. And when the characters she portrayed included Charles II, Japanese Knotweed and The Great Fire of London.
She has several television projects in development, including a Channel 4 sitcom about a lonely, middle-aged woman who returns to her home city of Gloucester after Brexit, which the mother-of-two jokingly attributes to a turn her life might have taken if her career hadn’t taken off. And she’s keen to return to acting.
“I don’t think I’ve found the balance yet between being quite free, absurd and a bit physical, which is what I used to do, and what I’m doing now, which is basically just talking a lot,” she admits. “I’m certain there’s another way of doing what I’m doing that’s funnier. But I haven’t worked it out yet. “The reason I ended up just speaking behind a microphone was that touring with all those costumes and props was time-consuming and laborious. And I wasn’t talking about anything really important to me. The Bic For Her show changed everything. I didn’t feel like I needed any embellishments, I could just use language and my voice.”

In the future though, she’s hoping to combine the two styles. “That’s the goal. All the people who’ve been coming for the last four or five years will be like ‘what the hell is this?’ But I’ll have tricked them by then. They’ll be in the room, unable to escape.”

Written by Jay Richardson in The Scotsman on 12th March 2018.
Filed Under: What Now?, Interview