What On Earth Is Bridget Christie? 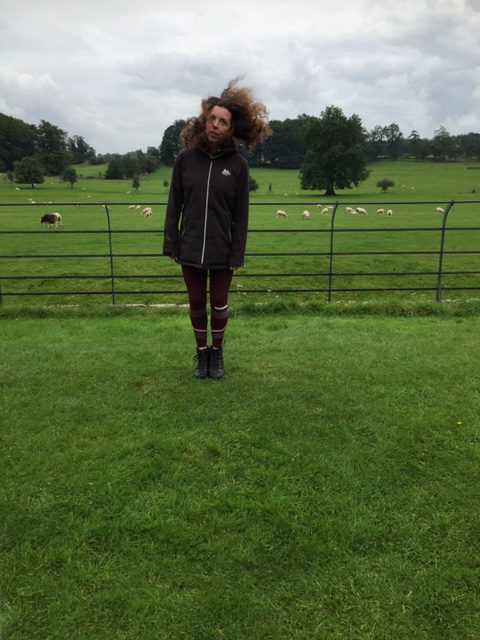 The show also won the 2014 South Bank Sky Arts Award for Best Comedy, the 2014 Chortle Award for Best Show and a 2014 Hospital 100 Club Award for Performance and Theatre and became the top selling comedy show at Soho Theatre ever.

Her 2014 tour, a double bill of A Bic for Her and an Ungrateful Woman, won the 2015 Chortle Award for Best Tour.
She was also nominated for a 2014 British Comedy Award for Best Female TV comic for her performance on Have I Got News For You.

Her debut book, A BOOK FOR HER was published by Century Random House in hardback in July 2015 to universal critical acclaim. It was one of the Top 100 Books for Christmas in The Telegraph and Top Ten Comedy Books in The List and Book of the Day in The Observer. It was also nominated for a 2016 Chortle Award for Best Book. The paperback was released in February 2016 and the Spanish version will be launched in Barcelona in 2017.

Bridget has written for The Guardian, The Times, The Sunday Times, The Independent and various magazines and publications. Between October 2015 and March 2016 Bridget had her own weekly column in Guardian Weekend magazine, for which she gained a Glamour Magazine 2016 award nomination.

In May 2016 Bridget recorded her debut stand-up special, Stand Up for Her (Live from Hoxton Hall), produced by Baby Cow Productions for BBC Worldwide. It was released direct to Netflix on 31 March 2017 making her the first British female stand-up on the streaming service. You can watch it here.

She has written and performed 11 critically acclaimed consecutive solo Edinburgh Festival shows, The Cheese Roll, The Court of King Charles II, The Court of King Charles II – The Second, My Daily Mail Hell, A Ant, Housewife Surrealist, War Donkey, A Bic for Her, An Ungrateful Woman, A Book for Her and Mortal (later re-titled Because You Demanded It).
Because You Demanded It was The Guardian’s No 1 Comedy of the Year.

Her last four Edinburgh festival shows have been in the Top 5 best reviewed comedy shows at the fringe and her last show, Mortal, topped a list of the best reviewed Edinburgh fringe shows according to List magazine.
Bridget is now working on her own solo projects for Channel Four and BBC Radio 4.

In 2020 she appeared in BBC One’s hit comedy Ghosts as Annie, a ghost who said four words & was a finalist for Best Scripted Comedy (Longform) BBC Audio Drama Awards.