A hybrid of writing and performance

Written by Viv Groskop in The Observer on July 20th, 2015 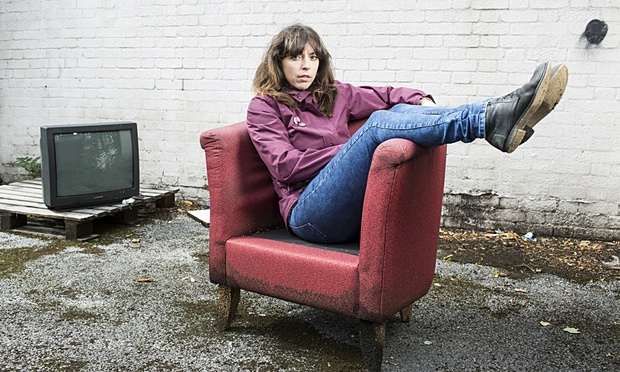 Christie sets this book up to be a story of failure, which is, of course, immediately winning. “You’ve inadvertently become a critically acclaimed and financially viable standup act by talking about feminism after 11 years doing standup about nothing at a personal monetary loss to massive public and critical indifference. Don’t throw it all away by talking about something as alienating and divisive as farts.” But the change in Christie’s status rests on a fart. So she is forced to talk about it.

A year before the award-winning 2013 show A Bic for Her (which refers to the pink “lady pens” Bic produced for ladies to hold with their lady fingers in order to do lady writing), Christie was inspired by a flatulent encounter. “I’d gone into a bookshop to buy three feminist books: the Bible, the Qur’an and the Torah. But they were all sold out, so instead I thought I’d get Mary Wollstonecraft’s A Vindication of the Rights of Woman, Virginia Woolf’s A Room of One’s Own and She-Wolves by the historian Dr Helen Castor.”

The assistant had not heard of any of these (“There’s nothing in the database”) and so Christie resolved to find the women’s studies section, which took some time. When she eventually found it, the same assistant was standing there with a sheepish look on his face, having “obviously decided the women’s studies section was the least-populated area of the shop and that this was the safest place for him to expel his daily flatus”. In that moment Christie realised this was a way to talk about feminism: what have we come to when the feminist section of a bookshop is the place people go to do their farts?

The show in which Christie talked about this – War Donkey in 2012 – had some stinking reviews (“don’t let Christie take your money and give you nothing but farts in return”). After years of performing as Charles II and in an insect costume, something was working, and Christie built on it. The following year A Bic for Her became the bestselling comedy show at the Soho theatre and won a string of awards, including the Foster’s Edinburgh comedy award. (This is the award people still call “the Perrier”, even though Perrier have not sponsored it since 2005.)The book of A Bic For Her – or Christie’s autobiography, which is what this really is – has all the breakneck speed, random surreal diversions and recklessness (in a good way) of the original standup show, along with much new material, some of which Christie has incorporated into this year’s show in Edinburgh next month.
It’s a hybrid of writing and performance: it reads as a book (an excellent and unputdownable book) but it’s also a standup routine. This is unusual because few can combine the two with ease. It is hard to write something that reads as well as it comes across as a performed piece. But Christie has worked for years on honing her voice, and it comes naturally to her.

It’s not the done thing to mention Stewart Lee in any review of Christie’s work (they are married) but it stands out that Lee and Christie are unusual among comedians in that they have converted standup into book material and vice versa. In Lee’s How I Escaped My Certain Fate he reproduces his standup scripts and comments on them. Here, Christie delivers essentially one long script (she recently performed about three pages of it as the warm-up act for Rob Delaney’s show on the South Bank), and while the tone of most comedians’ autobiographies is often very different to their on-stage person, Christie combines narrative and stream-of-consciousness brilliantly, both on page and stage.

Her genius lies in taking any subject – usually something that should not be funny at all – and riffing on it until she moulds it into what she wants. Flatulent bookshop assistants, Theresa May’s attempts to be feminist, female genital mutilation (“I’m sure I heard Michael Gove say FMG”), the maternal mortality rate, domestic violence, anti-rape pants… This is a tour of the most irritatingly sexist things in the world by a delightfully demented travel guide who wants to burn everything down.

Christie is the first to prick the balloon of “trendy feminism”: she is a feminist, of course (which is a bit like, as she argues, saying, “I’m a non-racist!”). “But I am also a feminist for marketing reasons,” she jokes. It’s annoying that Christie was asked the question “So, Bridget, you’ve done feminism. What’s next? I see from your website you love waterproof jackets. Perhaps you could write a show about those next?” If whatever is next is as funny as this, it’s not going to matter.

Written by Viv Groskop in The Observer on 20th July 2015.
Filed Under: A Book For Her (The Book), Book, Review