Written by Julian Joseph in Three Weeks on August 11th, 2013

‘A Bic for her’ takes its name from a line of ballpoint pens, designed especially for delicate female hands, and this is exactly the kind of needless every day sexism Christie ridicules in her act, brilliantly highlighting the universal difficulty women clearly have with man-sized pens.

She frequently touches on the subject of sexism in the media – handling such topics as the prevalence of ‘lads’ mags’ displayed at child eye height – cementing the fact that this is a show with feminism at its core; Christie deals superbly with issues she feels strongly about, and is never heavy handed, despite the importance and weightiness of such topics.
Utterly hilarious and capable of maintaining near constant laughter from her audience members, be they feminist or not. 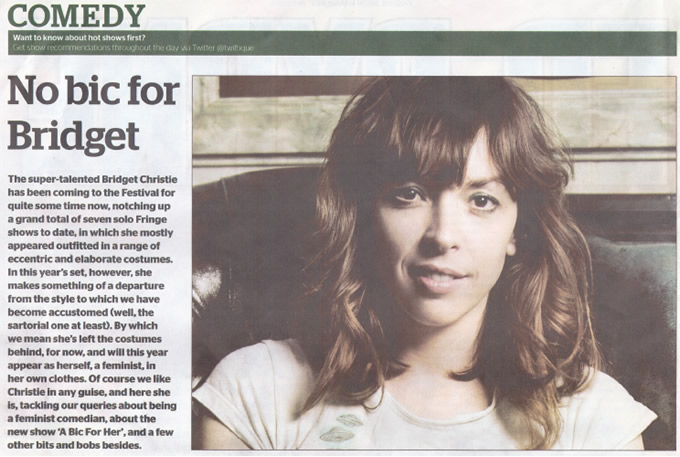 Written by Julian Joseph in Three Weeks on 11th August 2013.
Filed Under: An Ungrateful Woman, Review