It’s going to be hard to do justice to just how brilliant this show is. When she woke up to Brexit, Bridget Christie knew she had to rip up her Edinburgh show and start again. She knew she had to write a show about gardening.

Written by Claire Smith in The Scotsman on August 16th, 2016 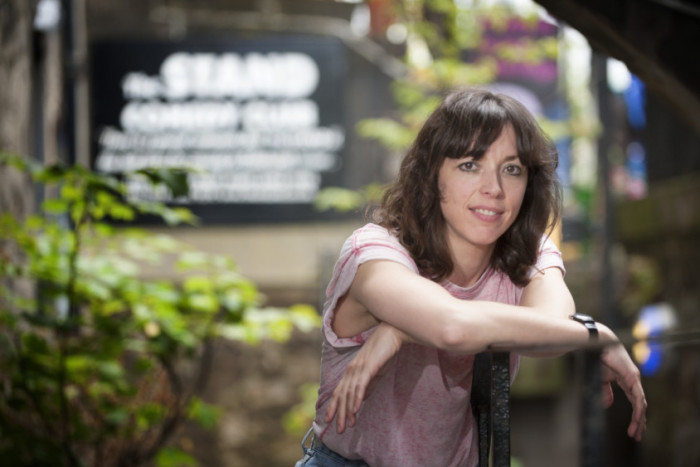 Actually it isn’t really about gardening, it’s about Brexit. But Christie’s lavender and petunias are a metaphor for the sane, wholesome world she wants as the country stands on edge of a precipice. The nurturing of plants becomes an extended metaphor for caring deeply and properly about the state of the world. Also, every time Christie loses it about Michael Gove being a robot and starts banging her head on the wall she can always go back to talking about delphiniums.
Despite her metaphorical approach, Christie’s analysis of the current state of Britain is logical and forensic in its accuracy. She delivers stinger after hilarious stinger about the perilous and terrifying political landscape. Her eyes burn with fury about a world where racism has become acceptable, where extremist views are repeated and unquestioned and where illogical falsehoods have left us a painfully divided nation. Scotland, she understands, is different – but not, she warns us, safe, not safe at all.
Christie’s righteous anger is also rooted in a new deeper confidence in the legitimacy of her own voice, as a feminist working-class comic, the child of immigrants. She brilliantly satirises the role of mass market newspapers and the BBC with two recurring examples – one, a television interview with a neo nazi, the other, a property report in the Daily Mail illustrated with a photograph of her in a previous Fringe, dressed as Charles 1.
The political landscape is summarised via the Ladybird Book of Brexit, which she claims to have written for her children. A segment about her husband, pubic hair and a man in a lift reaffirms her commitment to feminism. Finally Christie returns to the subject of gardening, of flowers and of soil. And the wider analogy of territory, of earth and how we behave as human beings becomes clear.
This is not just a comedy show, it is a declaration of war on ignorance, stupidity and hatred. Christie has made us laugh our socks off.
But she is deadly serious. This is all about the kind of world we want to live in, and comedy is the new front line.

Written by Claire Smith in The Scotsman on 16th August 2016.
Filed Under: Because You Demanded It, Review