Standup Under the Stars: comics bounce back with a live show – and a sheathed mic

Bridget Christie pokes fun at Madonna, Suzi Ruffell talks smear tests and John Robins is heckled about Butlins. Our critic’s first standup gig in months is a riot of joy and tension

Written by Brian Logan in The Guardian on September 3rd, 2020 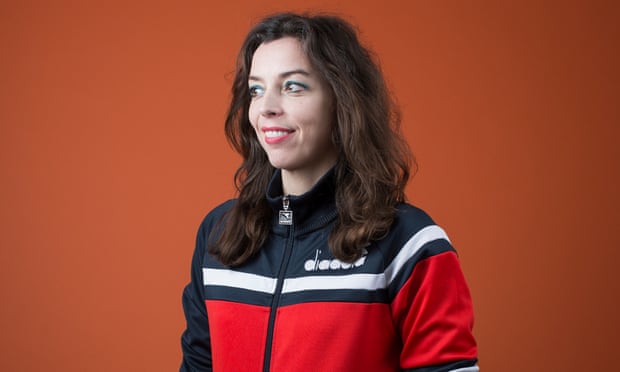 ‘This is my first gig since March the 18th!” says John Robins, the host of Standup Under the Stars. “I might be a bit rusty.” Me too. This is the first live performance I’ve seen in six long months. How have I missed it? Let me count the ways. I’ve missed being part of a crowd, sharing an experience. I’ve missed having to give a performance my whole attention – and escaping myself to do so. I’ve missed communal laughter, communal surprise. I’ve missed how alive performers are when their crowd is palpably present, waiting to be entertained.

I’ve missed moments of tension, such as the one when Suzi Ruffell’s microphone conks out, and she’s left in limbo, twisting herself into a pantomime of awkwardness, while the techie effects a not-so-quick fix. And moments of alchemy, such as Robins being heckled with the information that Billy Butlin, founder of the holiday camp, is buried under a grave on Jersey in the shape of a four-poster bed. Why, in the moment, is that so funny? I’m not sure. But liveness – that quality of not being mediated through a screen – has a lot to do with it.

Does it matter that we had to be socially distanced – oh drab phrase! – to enjoy it? Or that each new act had to clothe the mic in a new germ-busting cover? Or that we were gathered outdoors for the gig, under a glowering Brighton sky? (Standup Under the Clouds, more like.) Not really. This open-air theatre easily accommodates spacing between audience members. It still felt populated, if not densely so. I did wonder – as Robins entered the stage area without fanfare or lighting, to address us through a tinny mic – whether the al fresco setting might dilute focus, or intensity. But the quality of the acts, and perhaps our collective excitement at being here, ensured otherwise.

This was the third of four such gigs at this address, the Old Market, produced by Show and Tell. The whole operation transfers to London from next week. Tonight’s lineup features Robins as MC, pretending to relearn how to do crowd-work, wondering whether he’s still “got it” after half a year away (he has). Ruffell reprises a 20-minute slice of her Dance Like Everyone’s Watching show, which stars her mum, her fiancee Alice, and her busybody new neighbours. It works a treat, with a handful of great lines (“I’ve only got three friends: one to laugh with, one to cry with – and a spare, in case either of them are pregnant”) and a smear-test set piece that can’t fail to amuse.

But Bridget Christie is the highlight. She enters the stage bursting with relief just to get out of the house. Lockdown has been a trial, she says, with family life coming to resemble One Flew Over the Cuckoo’s Nest. Careening from topic to topic – this isn’t material, we’re told, just off-the-cuff chat – she talks about the menopause and middle-aged sex with arthritic hips. Then there’s the routine about Madonna’s Covid-19 video, and the immobility of the singer’s face – which dismays Christie, who hymns (and personifies) the priceless expressivity of non-Botoxed human features.

As real faces are to Madonna’s face, so is live comedy to its online counterpart. It communicates so much more, and more vividly. For all that I’ve enjoyed my six months adventuring in digital comedy, and there’ll be more to come, Standup Under the Stars felt like a homecoming. OK, so the microphone still has to be sheathed in prophylactic. OK, we’re still nowhere near “normal” yet. But live standup is back – and it’s a tonic.

Written by Brian Logan in The Guardian on 3rd September 2020.
Filed Under: Review