Bridget Christie: A Voice of One’s Own

Written by Sam Friedman in Fest on August 9th, 2015 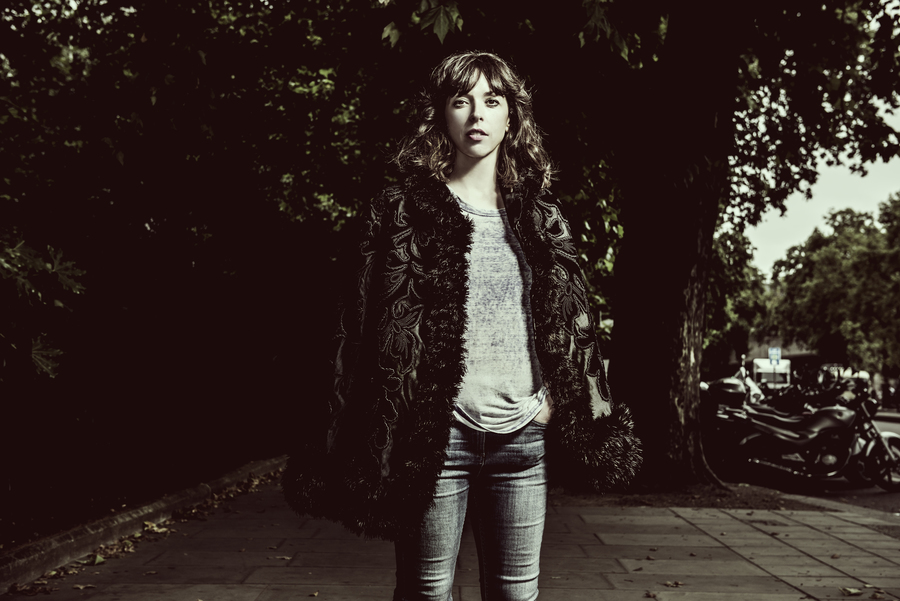 In less than three years Bridget Christie has gone from an anonymous circuit veteran to one of the most critically-acclaimed standups in the country. But, as she tells Sam Friedman, she’s only just starting to find her voice

“It’s just not quite interesting enough yet”, says Bridget Christie wistfully, looking out to the Kingdom of Fife from a sunny window seat high above York Place. She’s just emerged, restless and self-critical, from the first performance of her new show, A Book for Her. I’m wondering whether I was in the same show.

The performance I’ve just seen, like almost all of her run at this year’s Fringe, was a complete sell-out and afterwards a small army of adorers queue politely to buy Christie’s debut book (of the same name). If anything the new show only seems to build on Christie’s remarkable recent trajectory, a three-year purple patch that has seen her bag almost every award in comedy, including of course the 2013 Edinburgh Comedy Award.

Yet despite the obvious momentum Christie is unnervingly self-effacing. “Where I’m at with my comedy is that I did a lot of absurd, silly character stuff that didn’t really mean anything about anything and then I wanted to talk about things that mattered to me. And I’ve got the confidence to do that now. But the next thing is – how do I do comedy about stuff that’s important to me that’s not so explicit or straightforward?”

The “end point”, she confides, is to emulate the Dutch absurdist Hans Teeuwen, her comedy hero. It’s the ambiguity of Teeuwen’s political position-taking that fascinates Christie, his bravery to inhabit disturbing and provocative characters and then dare his audiences to trust his intentions. “I’m a long way behind Hans,” she admits. “I feel like a real newbie. Not to say that the last 10 years weren’t important, because all of that needed to happen, but…”

Christie’s career has certainly followed a fairly unusual trajectory. She initially trained as an actor but a decade ago, after several unhappy years, decided to try her hand at standup. Humour had always been an important part of her life, she explains, rooted in a “strongly socialist” Irish-Catholic upbringing. The youngest of nine in a close-knit, working-class family she describes a peculiarly absurdist bent to her and her siblings’ sense of humour, a style that strongly influenced her early surreal character comedy.

But it was the decision to take her work in a more overtly political direction that really signalled the turning point in Christie’s career. Her 2013 and 2014 Edinburgh shows, A Bic for Her and An Ungrateful Woman, which both tackled themes of contemporary sexism and misogyny, were big critical successes and acted as springboards for sell-out national tours. What is perhaps particularly extraordinary about Christie’s ascent is that its been achieved with almost no TV profile. This, she explains in her book, is not for want of trying – a string of scripts have now been turned down by both BBC2 and BBC4.

This seems inexplicable, suspicious even, considering her unprecedented acclaim in recent years. She shies away from conspiracy theories, but does admit it might have something to do with a resolute refusal to alter her style or politics for a TV audience. When she appeared on Have I Got News For You?, host Jack Dee introduced her as “a woman who collected her Foster’s comedy award wearing a ‘No More Page 3’ T-shirt, but got a bigger round of applause when she took it off”. Christie asked them to change the intro, arguing the joke depended on the audience knowing that she was a feminist comedian, which most of them wouldn’t. The show refused and Christie promptly wrote to say she would never appear again. Anyway, she says, “I don’t think I’m very good on formats that require me to talk over people or in soundbites, and maybe they don’t want someone with a really defined voice on a panel show – but I’m 45. I’m not willing to change who I am.”

While most of the buzz around Christie has focused around her feminist politics, it’s notable that this year’s show is more wide-ranging – tackling issues of race, class and gender. There’s Nigel Farage the character comedian, Ban Ki-moon the secret misogynist, and a glorious juxtaposition of Jeremy Clarkson and a tampon. Like all Christie’s comedy, the show turns effortlessly from earnest critique to surreal nonsense. But it’s never hectoring and, like Christie in person, full of warmth.

Christie is optimistic that a new generation of political comics are starting to break through – and expresses admiration for standups like Katherine Ryan, Liam Williams and particularly Aamer Rahman (“he’s angry and he doesn’t give a fuck!”). But she also says she’s frustrated by the increasingly narrow routes into British comedy and how this is impacting the way young comics think about their material.

“If you want to do comedy you have to go to London, but with crazy rents you can forget about it unless you’ve got parents who can help you out, or a really good day job. But if you don’t want a dayjob, you have to make it work. And you’re probably thinking I’m not going to make this financially viable by dressing as an ant or talking about alienating things.

“So it’s hard right now to talk about politics, it’s not an easy sell. People don’t necessarily want to hear it. It’s like trying to throw not-quite-cooked spaghetti at a wall, not only does it not quite stick but people don’t really know what spaghetti is.”

This, though, is exactly what makes Christie special. Where others might be content to bask, she keeps pushing – pushing form and planting her politics within a framework of stylistic innovation and flourish. “First I think, ‘can I tell a joke about a topic?’ And then I think, ‘how else can I do it? How else can I say it?’ And that’s why I love standup. It’s so open, it can be anything, it never ends. And that is so attractive.”

Written by Sam Friedman in Fest on 9th August 2015.
Filed Under: A Book For Her (The Show), Interview