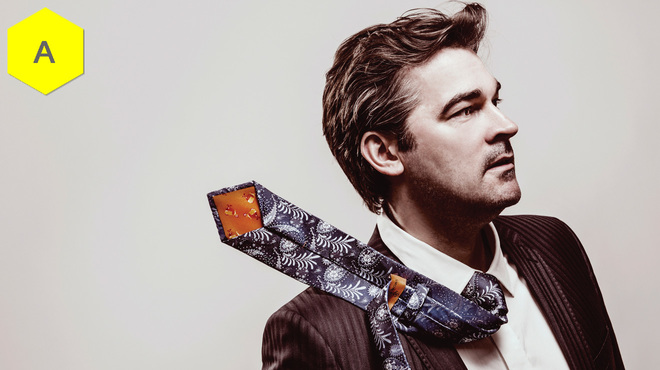 We’ll have to wait until the end of the festival to find out who’s won 2014’s Foster’s Edinburgh Comedy Award – the biggest gong in live comedy.

But in the mean time, this year’s fest is crawling with previous winners making triumphant returns. Bridget Christie, who won last year’s award for her superb show attacking everyday sexism, is back with ‘An Ungrateful Woman’.
Will Adamsdale makes his first comedy return to Edinburgh – ‘Borders’ – since winning the Perrier Award (as it used to be called) in 2004 for ‘Jackson’s Way’. Poet/Kronenbourg guzzler Tim Key, 2009’s winner, brings ‘Single White Slut’ to one of the fest’s biggest venues.

But we’re most excited about the return of Adam Riches (pictured).
He wowed the judges in 2011 with his ridiculously silly hour of knockabout character comedy.
His new show, ‘Adam of the Riches’, will surely be one of this year’s big-hitters. 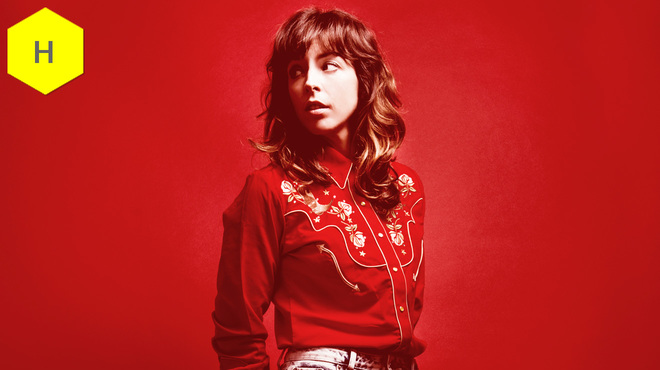 H is for… Heading out early

‘Edinburgh doesn’t sleep, right guys? Party! 5am! Jagerbo…Wait, what time’s our first show tomorrow? 11am?!’ Oh yes, it pays to have a few early nights at the Fringe. In recent years getting up early has become as important as staying up late.

Daniel Kitson helped start the trend, saying he enjoyed pre-lunchtime sleepy audiences, and there’s certainly something slightly magical about watching a cracking comedy show in a packed venue when you’ve barely had your breakfast.

Passionate political stand-up Bridget Christie (pictured, see A: Award-winners) returns to her 11.10am slot with ‘An Ungrateful Woman’. Canadian loon Tony Law (see F: Festival favourites) is across the road an hour later, with ‘Enter the ToneZone’ at 12.10pm.
And at midday you can catch free shows from spookily accurate spoof psychic Ian D Montfort and fluffy feelgood comic Ellie Taylor, with her debut show ‘Elliementary’.

Written by Ben Williams in Time Out on 23rd July 2014.
Filed Under: An Ungrateful Woman, Preview

Previous ‘For now, there’s still plenty to be “banging on” about’
Next Edinburgh Fringe 2014: seven comedy acts not to be missed