Bridget Christie: ‘I’d love it if I were to get properly heckled’

From Miley to FGM, feminism has provided some of 2013's hottest political flashpoints. And Bridget Christie, winner of this year's Edinburgh Comedy Award, is ready to ride roughshod over anyone who thinks it's not worth talking about

Written by Robert Epstein in The Independent on December 15th, 2013 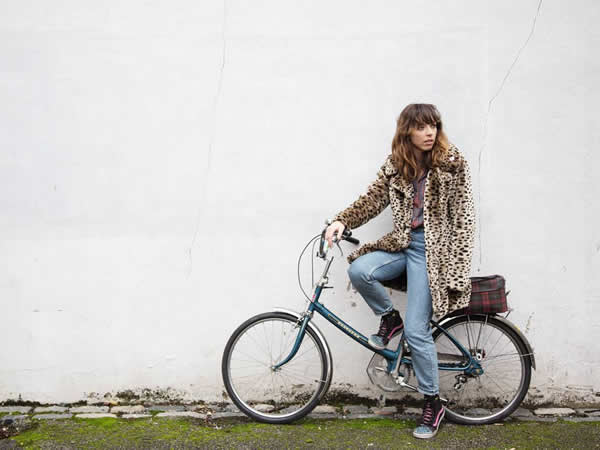 “I didn’t think a show about feminism would be popular,” admits Bridget Christie. “I mean, can you imagine it? I thought it would be career suicide. It just goes to show that maybe people do want to hear something about it.”

There’s certainly something in the air – and Christie, who won this year’s Edinburgh Comedy Award (only the third woman to do so), has bottled it with a set which reveals the casual misogyny that infects our society for the bad joke it is.

We are to meet at her favourite café in north London to talk about her year. Next door is the Unitarian Church where, in the late 18th century, the mother of feminism, Mary Wollstonecraft, developed the thinking behind A Vindication of the Rights of Women. Scouting the location with the photographer before Christie’s arrival, we come upon a plastic box in an alleyway that seems an ideal set-up: why not have Christie stand on it, like a soapbox? It’s a thought quickly brushed away when the comedian turns up. “Nah,” she reckons. “It’s a bit literal, isn’t it?”

It’s a fair cop. The 42-year-old, who has been a stand-up for a decade, is altogether more subtle, not to mention light-hearted, in her push for equality. From deriding those who say feminists need a sense of humour to lampooning a pen manufacturer for making a pretty Biro with a “fun comfort grip” for women, which gave her the title of the show, A Bic for Her is an intelligently witty take-down of the culture we’ve been saddled with since the 1990s – more of which later.

For now, she doesn’t seem to be particularly enjoying having her photograph taken, nor being the centre of attention, as her tendency to whisper during our interview suggests – which is unfortunate given her success since Edinburgh, playing to a packed-out Soho Theatre for a month.

Charming both on stage and in person, she begins our chat by revealing the origins of A Bic for Her. “I was making a loss doing gigs, because of having to pay for babysitting. And I suddenly thought, ‘The stuff I’m doing does not justify itself. It’s not working. It’s not good enough. I was in Hull, or wherever I was, in a costume [she used to do character comedy, dressed up, variously, as Charles II and an ant], there’s 10 people here, I’m missing my kids and I’m not making money. And I’m 40.

“I was going to duck out of comedy for a bit, just because the kids were quite little. Then four things happened on a single day, in April 2012, which really made me think about all this stuff.

“The first was an incredibly offensive review about me, which implied that I used my sexuality to get any jobs, which if you know anything about comedy – a lot of promoters still won’t have more than one female act on a bill – is ludicrous. I read that around 9.30am. Then at lunchtime, I was supposed to be working on a film for Amnesty about infant mortality and maternal health in the developing world, then [a massacre in] Syria happened and the film wasn’t a priority for them at that time and didn’t get made. Then I saw a little bit of The Only Way is Essex, where these two beautiful young girls were talking matter-of-fact about which [cosmetic] procedures they were to have. I know this stuff goes on, but when you see it… And then, I went to a bookshop to get some feminist literature and the guy in the shop was so hostile towards me. First he sent me upstairs, but there wasn’t anything there, then when I came back down, I saw him in what was the women’s studies area, and he saw me and walked off. And when I got there, it stunk of farts. Now, either it was the quietest part of the shop, so that’s where he went to do his farts, or he knew it was the women’s studies section, and that’s what he thought of it. Whichever way you look at it, it’s not good. And it made me think, is this what people think of feminism now?”

Thus, the idea behind the show was born – a show that chimes with a society ripe for a resurgence in feminism. It has, after all, been quite a year in the struggle for women’s equality, from Miley’s twerking to Robin Thicke’s “Blurred Lines”; Cristina Criado-Perez championing Jane Austen as the new face of the £10 note and being subjected to Twitter abuse and death threats to the rise in calls for female genital mutilation (FGM) to be treated as child abuse.

How does a comedy show cover such a broad and difficult spectrum? Christie is well aware of the difficulty – which is why she introduces a fake heckle during her show, asking of a man in the front row, who has said nothing, “What’s that? Why am I talking about pens when I could be talking about honour killings, sex trafficking, domestic violence and female genital mutilation? Well, it is a comedy show.” As she says to me now, “You can’t just knock people’s heads off with this incredibly heavy, depressing stuff.”

“I’d love it if I were to get properly heckled,” Christie continues with a smile. “I don’t mean that in an arrogant way. It’s just, I have facts, reason, logic and fairness on my side. I don’t know how you could win an argument against that.”

Yet, apart from the odd man walking out, her set has attracted almost no badgering. That could be because her audience has a natural predilection for her material. It could be her deeply endearing manner, from her warm Gloucestershire burr to the intimacy of her gigs (“I like to touch people”). Or it could be that she’s just talking common sense.

“Equality is incredibly uncomplicated,” she says, as we settle into conversation. “It’s dirtied by the media and capitalism, but feminism shouldn’t be this lofty, academic thing for people to grasp.” That, she explains, is why the Pakistani teenager Malala Yousafzai, has made such an impact. Even though she had to take on the Taliban to ask that she receive the same education as her male peers, “She is able to talk about it in very clear, simple terms that girls her age can understand, because it’s simple. She has a right to education like everybody else. The more you look at it, the more absurd it is. How can you not agree with Malala?”

And how could you not agree with Bridget Christie, who, in a less dangerous, but no less symbolic way, has taken to throwing away lads’ mags from her local supermarket. “I don’t want to see them on the bottom shelf next to my kid’s Dora the Explorer magazines, because my children ask me about them, and I resent having to explain what they are to a two-year-old.

“I’m not saying they should be banned,” she adds, “but you should have to make a decision to see it. Online pornography… we shouldn’t be seeing that by accident. It’s terrifying; all kids have access to the internet. This just didn’t exist when we were growing up. This wasn’t a problem. It’s a 21st-century issue.”

Well, yes, technologically speaking, but it is grounded in late – very late – 20th-century thinking. “Things were really moving in the right direction after the sexual revolution,” Christie avers. “There was the Equal Pay Act in 1970 – though that doesn’t seem to have worked – and a militant feminism in the 1980s, when I was growing up. But then there was this 1990s ladette idea that we’re going to match the guys – like I’m going to drink as much as you and I’m going to see strippers; I don’t see how that is feminist or empowering. We took a step back, and we had 20 years when it was really unfashionable to call yourself a feminist. But now there’s a lot of young girls, teenagers really talking about it.” 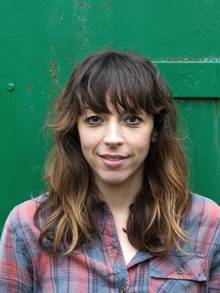 Teenagers such as Lilinaz Evans, the 15-year-old “admin queen” of the Twitter Youth Feminist Army, with whom Christie appeared on a recent discussion panel. “There’s a real sense that girls are now saying, ‘Hang on,'” says the comedian, “because of things like sexting and language in playgrounds. Schools teach gender studies from the age of four now. It starts that young, the separation – girls’ toys, boys’ toys, boys playing by themselves, girls playing by themselves. We’re infecting our children’s minds with this stuff. It has to be coming from us, because children don’t naturally separate themselves in that way.”

So what can be done? “Mary Wollstonecraft said a great thing, which is that there will not be real change until society changes the way it thinks. Although women have become more independent and secured more rights, men’s role hasn’t changed. Society is very stereotyping for men as well – it’s much harder for them to move to more caring, nurturing roles, because that’s stigmatised. That’s why there’s all these discussions about you can’t have a full-time job and run your house and look after your kids. And if you talk to women who work, they say, ‘Yeah, I got up at six, I put a wash on, I had to do a casserole because I’m working late.’ It’s up to us as women to encourage and trust men to do these things as well and not feel bad about it. It shouldn’t be shameful for men to take on more historically female jobs, or roles in family life. I think it might be interesting, for my next show, to focus on men’s role in feminism, and asking just why we’re still having these problems.”

Not that she wants to cause problems between individuals. “There was one man at the front in a show in Jersey, who kept going, ‘Urgh, God, ugh,’ and I said, ‘Are you all right, mate? I don’t want you to be unhappy. Do you want to go?’ And he went, ‘Yeah,’ and stormed out. So I turned to the woman who’d been next to him and said, ‘Are you his partner? You don’t have to stay, because he’s just going to be out there on his own.’ And she said, ‘I’m staying. This was my birthday present to him, but I’m staying.’

“There have been a few men who have left, and that’s fine. But I would really, really welcome a back and forth. The thing is, I can’t really lose with this show. If you disagree with what I’m saying, then you have an opinion about it, and that’s a good thing; if I make you angry, then you’ll be having a conversation with someone about it and that’s getting people talking about it – even if they don’t want to.”

‘A Bic for Her’ returns to the Soho Theatre, London W1, from 6 to 25 January. A second series of the Radio 4 show ‘Bridget Christie Minds the Gap’ will air next year

Written by Robert Epstein in The Independent on 15th December 2013.
Filed Under: An Ungrateful Woman, Interview