‘Even if they disagree with me on absolutely everything, I can’t really lose’

Written by Ben Williams in Time Out on November 5th, 2013 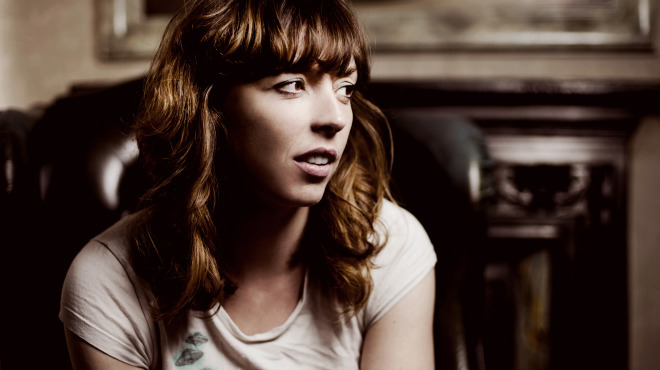 Many comedians were discussing feminist ideas through their stand-up, and most successful of all was Bridget Christie. The 42-year-old comic bagged the most prestigious award in live comedy – the Foster’s Edinburgh Comedy Award – for her show ‘A Bic for Her’, the title of which comes from a real product released by the ballpoint pen manufacturers aimed at the female market.

In the show, as well as impishly sending up the notion that women struggle with the masculinity of standard biros, Christie smartly, and goofily, dissects the bizarre forms of casual sexism taking place in today’s society, while simultaneously mocking her own raging hysteria.

In previous shows, Christie’s dressed up as a donkey, been in character as King Charles II and performed stand-up from the perspective of an ant. But there’s not a strange costume or papier-mâché prop in sight in ‘A Bic for Her’: it’s a passionate stand-up show full of surreal, elegant and self-aware jokes. And it’s her best show yet. 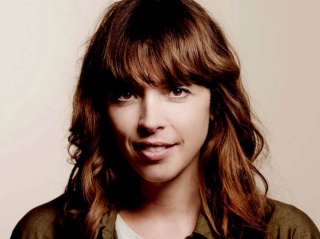 You’ve been a comedian for nine years and taken eight shows to the Edinburgh Fringe. Why do you think ‘A Bic for Her’ resonated so well this year?
‘I think it was more accessible than the other shows. Also, people have been waiting for someone to tackle women’s issues in stand-up for about 200,000 years now… However, there are still those who think one feminist show in 200,000 years is one too many. It was just a case of right time, right show.’

You’ve (mostly) performed shows in character. What made you ditch them for this show?
‘I wanted to focus purely on the material this year. After lugging all my costumes and props around the country in a massive suitcase I started to hate them. Touring makes you take a long hard look at yourself and what you’re doing. I didn’t think that what I was doing justified me carrying on, not when I was often gigging at a financial loss after paying for child care. When I was running in ‘A Bic for Her’, doing previews around the country, I found it incredibly liberating to be able to just turn up to a venue, walk on stage, talk for a bit and then leave. I wish I’d thought of it before.’

Can you see yourself going back to surrealist character comedy now? Do you think you’ll stick to being yourself on stage from here on in?
‘I’m not completely ruling out character comedy forever, because I did really enjoy doing it. But for the time being, I’m going to stick to being myself and work out how to do that properly, which I haven’t yet. I feel like I’m only just starting to figure it all out. I have a lot of catching up to do.’ 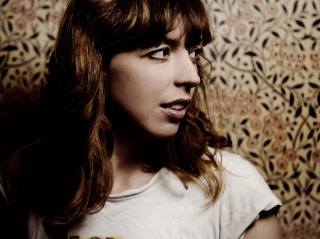 The show won the Foster’s Edinburgh Comedy Award. Did you feel it was a step up from your previous hours?
‘I don’t know if it’s a funnier show than the others, but I do think it’s better. Not in an arrogant way, it just has more of the things that stand-up shows traditionally have in them, like some jokes, and a consistent tone. My other shows were a bit of this, a bit of that, and not really about anything. They were fun to do, but a bit of a mess and not too focused. Comedy shows don’t always need to be about anything of course, far from it. But I felt that this year mine needed to have a bit of a point to it. To keep myself interested in it as much as anything else.’

You’ve said that winning the award ‘creates as many problems as it solves’. Why so?
‘It’s fantastic for ticket sales, and obviously to have your show picked by a panel of experts is hugely flattering. Plus there’s the boost in profile. But it does make it all slightly terrifying. You have to live up to people’s high expectations. Before the win, I might be someone’s nice surprise, or not. Now, people are coming to see an award-winning show and you don’t want to disappoint them. They may not have even seen any live comedy before, and you don’t want to put them off ever going again. But I realise it’s a luxurious problem to have.’

What do you think sparked the feminist comedy revolution at this year’s Fringe?
‘I think we all just thought, at the same time: Hold on, what on earth is all this bullshit? Hasn’t it been sorted out yet?’

Are you pleased that the show got people talking more about every sexism?
‘I’m delighted. Even if they disagree with me on absolutely everything, I can’t really lose, because they’re discussing important things that need to be talked about.’ 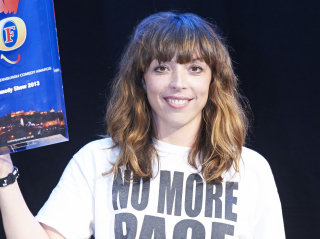 Do you think we’re turning a corner in comedy, where misogynist rape jokes and sexist gags will become things of the past?
‘I hope so. It does feel to me, when I’m out gigging, that audiences aren’t going for the misogyny stuff as much as they were four or five years ago. There is definitely a shift.’

In the show, you say you’re not trying to make feminism funny ‘so that twats change their minds about it’…
‘There are people out there – men and women – who don’t actually believe that men and women should be equal, and I can’t do anything for those people. I’d like people to understand properly what feminism means and why it’s so important. And also the absurdity of the fact that you can get pink and blue Bibles for girls and boys, and crisps marketed at men, that are so beefy and cut so thick women can’t eat them.’

You’re tied up till 2015, with a new series of your Radio 4 show ‘Minds the Gap’ and a book on the way. What do you have planned for the future?
‘After I’ve written the book, radio series and next Edinburgh show, I’m going to sort all my crockery out. I’ve been meaning to do it for ages.’

Written by Ben Williams in Time Out on 5th November 2013.
Filed Under: An Ungrateful Woman, Interview