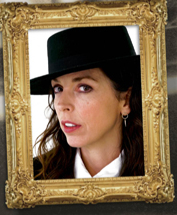 Dear Subscribers to my newsletter,

It’s been a while hasn’t it? Thanks for still subscribing! I was still fertile the last time I sent one out I think. Anyway let me tell you what’s just happened.

I was typing this out on a table in my living room when I heard this really weird noise under the table. I can’t describe the noise in words but I can do it so I might have to learn how to send an audio clip out to you all. Would you like that? Let me know. I love recording noises and sending them out to strangers.

Anyway, so I made that noise, grabbed my laptop and phone and ran upstairs and now I’ve locked myself in my room. I could really do without it to be honest. I’ve got a lot on. I thought the noise was one of the cats but it was the mouse making a kind of whooshing noise. Anyone heard that before? I’m doing a bit of a clear out of my running gear and clothes and they’re all in piles on my floor. Does anyone want anything?

I’ve got tinnitus now. I don’t mind it.

Also I did a show called Taskmaster did I tell you?

It was such fun honestly. There’s a really tall big man and a smaller one who is also tall but doesn’t look it compared to the other massive one. We had to do fun things (tasks?) and then we looked back at what we did in the past in a studio with the other people who did the same things (tasks?) but differently and the two tall men asked us about what we did.

I’m doing lots of work you’ll be pleased to know, for all different genres and you’ll be able to see or hear them at some point.

You can also come and see me live but I’m hardly doing any gigs over the next year so come to one of these if you can.

Right that’s it for now I’ll be in touch again soon.