Want to avoid other people’s music? May the force be with you

Written by Bridget Christie in The Guardian on November 16th, 2015

‘I’m made to listen to other people’s music choices, against my will, on public transport, in restaurants and lifts, in shops, when I’m on hold, even when giving birth’ 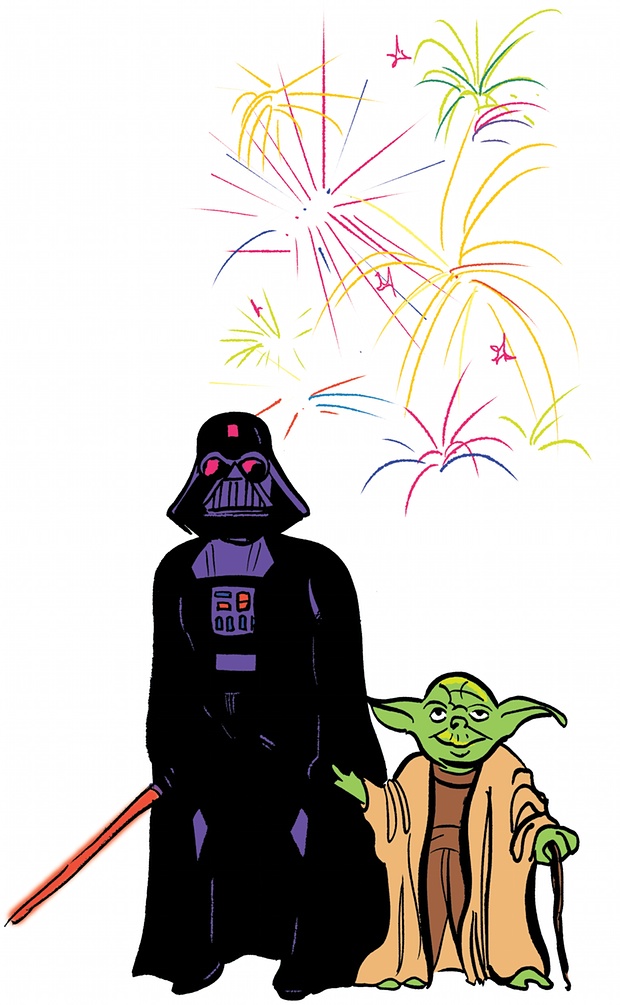 In terms of pure, unadulterated, uncomplicated joy, there are few things more thrilling than a firework display. Erica Jong, the bestselling author and second wave fireworkist, who coined the phrase the “zipless bang” (an encounter with a firework for its own sake, without emotional involvement or commitment, between a person and a firework previously unacquainted) articulated it better than I ever could in her bestselling novel Fear Of Fuses: “The zipless bang is absolutely pure. It is free of ulterior motives. There is no power game. The person is not ‘taking’ and the firework is not ‘giving’. The zipless bang is the purest thing there is. It is rarer than the unicorn. And I have never had one.”

Fireworks are both exciting and intimidating, depending on where you’re standing. It’s not really necessary to engage in a secondary activity while you’re watching them. Organised, public fireworks displays don’t need to be embellished in an attempt to hold our attention; they don’t need to be made more exciting. The deeply satisfying sounds of fireworks popping and thudding out of their racks, shooting into the sky and exploding definitely don’t need to be drowned out by tinny music, crudely spewing from a poor-quality PA system.

Last Saturday night was the closest I’ve come to a zipless bang. I hadn’t planned on going out. My husband was working, my son was having a sleepover and I wanted to stay in as I had a urinary tract infection and kept wetting myself. Then, at around 6pm, I had a text from a friend saying she had a couple of spare tickets going for the fireworks display in my local park. So I put a nappy on, picked up the tickets and rushed down with my daughter just in time for the start. It was spontaneous and exciting.

I wanted to watch the fireworks with my own narrative, accompanied by memories of my childhood in Gloucester. But all I could think about was franchise revenue, George Lucas’s annoying face and being repeatedly smashed on the chin with lightsabers by feral, dribbling boys at children’s parties. From a purely artistic point of view, it had no connection whatsoever to the thing it was accompanying. Fireworks aren’t from space. Chewbacca wasn’t involved in the gunpowder plot of 1605.

It made me think about how often I’m made to listen to the music choices of other people: on public transport, in restaurants and lifts, in shops, when I’m on hold, even when giving birth. It’s as if the world has become terrified of silence.

I was in a Little Chef once, on the A40, with my family. We all felt relaxed and happy and calm but couldn’t figure out why. Then the penny dropped: there was no music playing and the lights were dimmed. We congratulated the staff on their “classy joint”; they looked confused, and apologised for the power cut.

Music is used to manipulate us, all the time. It’s used by youths, on buses, who make us listen to their tunes to prove they have higher status; it’s used by supermarket chains and department stores to accompany their ludicrously absurd and exploitative Christmas advertising campaigns; it’s used by the X Factor, who exaggerate contestants’ backstories to influence public votes; it’s used by men from the past, who think a bit of Chris de Burgh will “get us in the mood”.

Where will this abuse of music to control our emotional responses end? Perhaps the emergency services should have musical accompaniments instead of their high-pitched, ear-busting sirens? Maybe politicians, when they are interviewed, should be accompanied by a backing track, to help us decide who to trust?

And by the way, the saddest thing about the John Lewis ad is not the lonely old man on the moon, but the cloying cover of Oasis’s Half The World Away. If life must have a soundtrack, can we at least choose our own?

Previous 650m reasons to dislike Andrew Lloyd Webber
Next Oh, to be Jeremy Clarkson! Clearly, I’ve been playing to the wrong crowd