The Are Women Funny? debate is as dead as Christopher Hitchens

Written by Bridget Christie in The Guardian on October 1st, 2013

Lee Mack told Kirsty Young on Desert Island Discs that there are no women standups on panel shows because they are less likely to show off. Tell that to Julie Burchill 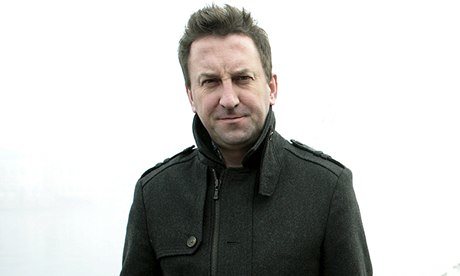 In between some boring tracks on Desert Island Discs on Sunday, Kirsty Young, the naughty minx, asked stalwart of the TV comedy panel show Mr Lee Mack why there weren’t more women on them, as if it was his fault. “Why?!” she shouted. “Why, why, why?!” I think Young was trying to coax Mr Mack into saying that it was because women weren’t funny, to spark a newsworthy Twitter-storm.
She should have just told him to tell all the Radio 4 listeners that taking Class A drugs was great, like Julie Burchill did when she was on. Despite the complete absence of male TV comedy show panellists, that was one funny Desert Island Discs.

But Mr Mack didn’t flinch. It was as if he was quite used to being shouted at by women. He didn’t say we didn’t need to have a sense of humour because we have nice hair to lure men with, like Christopher Hitchens did. Mr Mack didn’t even say we weren’t as funny as men because we couldn’t remember punchlines, like Germaine Greer, the forgetful feminist, did. He could have just said that it was either because TV producers don’t book us, or that many female and male comedians don’t want to go on comedy panel shows and be shouted over. But he didn’t.
In fact, Mr Mack said that he was very glad Young had brought it up as he had done his thesis on women in comedy. And this gave Mr Mack the perfect opportunity to fail to say anything interesting at all about his findings, making this column much harder to write and less funny than last week’s one about Sex Box.

Was this Mr Mack’s plan all along? To lumber me, a female comedian, with the obligation to respond, only to find his comments were so boring that I am unable to find anything funny to say about them, thus proving him correct? Give me Christopher Hitchens any day. Say what you like about him, but his theory on why women aren’t funny at least gave me the opportunity to be funny. He’s dead now, so unfortunately won’t be saying anything else on the matter.
Thank heavens for Sir Stirling Moss, who said women didn’t have the mental aptitude to race fast cars. He gave me 15 minutes’ worth of material, and then sent me a nice email congratulating me on its success, although he had left caps lock on which made the whole email look more like a death threat, especially when he wrote that he would be FOLLOWING MY CAREER WITH INTEREST!

Mr Mack went on to quote a number of non-specified “scientific reports”, which agreed with the findings he himself had made in his own extensive study of women. Mr Mack said that there were no women standups on panel shows because women are less competitive in conversation and less likely to want to show off. I’d like to see him tell that to Julie Burchill, especially if she was on Class A drugs at the time. Mr Mack said that this also explains why there are fewer female standups generally. Presumably this is why we are also less represented in the fields of old iron gathering, town crying and streaking.

Mr Mack then added: “It’s actually a compliment, I think, to women that there aren’t as many female standups because they are far more interested in what each other has to say than standing there on their own and showing off.” Having studied us at length, Mr Mack certainly knows how to charm the ladies, by suggesting that our lack of success in any given field is actually down to our inherent superiority. I have never felt so proud of my failing gender.

But anyone who thinks that women aren’t competitive in conversation and don’t like showing off needs to watch Katie Hopkins’ appearance on the Friday Night Project. Her fellow panellists may as well have been cardboard cutouts. Also, I’d like to see the director of Downton Abbey telling Dame Maggie Smith to stop showing off. So I don’t really buy that argument. Also, where is this “scientific” report? Was there a controlled experiment? Or did these mysterious scientists just go round some shoe shops, chocolatiers and Tupperware parties eavesdropping on women’s conversations?
If they had, I think they would have been very surprised. The last time I went out with my friends, I was talked over, laughed at and insulted. At one point, as I told them about all my physical ailments, one of them started whistling through her nose.

Comedy panel shows, with their principally male panels, can record for up to three hours to get 28 minutes of material. The more the panellists interrupt and talk over each other the greater the chance they have of making the final edit and furthering their careers. The shows reflect society generally, in that the loudest, most persistent voices, and not necessarily those with the most relevant or funny things to say, are the ones that are heard.

The most interesting thing about Mr Mack’s comments is that there doesn’t seem to have been much interest in this wilting non-story. Has the question of why women are less funny than men become so wearisome that even a female comedian like myself can’t muster the enthusiasm to discuss it with any passion or insight? Perhaps this means that, like Hitchens, the Are Women Funny? debate is now dead. I’m sure they’re both having a good old laugh about it together.
As with many issues concerning women, debate is often focused on what we’re doing wrong or how we can do things differently. Perhaps a solution would be for men on TV panels shows to talk less, try not to interrupt all the time and listen more. In other words, have a normal conversation. Sounds simple, doesn’t it?

Previous ‘Normal sex’ is not having sex in a box in front of a studio audience.
Next Are poor literacy rates caused by laziness… or bad film titles?