Cheap razors are great but what if you’re a hairy woman who doesn’t shop in Tesco?

Written by Bridget Christie in The Guardian on January 3rd, 2017

The supermarket giant has reduced its women’s razors so they cost the same as men’s. But don’t celebrate yet – the patriarchy might have a hidden agenda 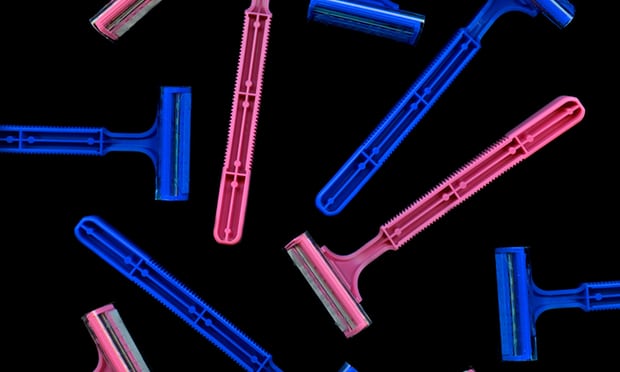 In 1882, the Married Women’s Property Act was passed in the UK. This “allowed” a few rich women to own and control their own property and assets. It was theirs in the first place, so that was nice, and we are all very grateful.

As if that wasn’t enough, 109 years later, in 1991, marital rape became a crime in the UK, which was a very positive step in the right direction. We had already been completely spoiled in 1971 with the Equal Pay Act, which “allowed” equally qualified women to be paid the same as men for doing the same job. And, even though it is largely ignored, we’re all still hugely grateful for this incredibly generous gesture.

There are still a couple of other minor issues that need more work (domestic violence, rape, FGM, forced/early marriage, etc etc). But the news that Tesco has reduced the price of women’s razors to bring them in line with men’s razors, which are a different colour, and presumably come with free Rawlplugs, will now be added to the “basic human rights women should have had anyway but have been made to feel grateful for” list. It shouldn’t cost a man less to shave his testicles than it does for a woman to shave her hands, especially if she’s on a zero-hours contract, and all hairy women who shop in Tesco are very grateful to Tesco for addressing this.

Personally, though, I think this move creates as many problems as it solves. What if you don’t want to shave off all your hair for, say, ideological reasons, and now feel like you have to because it’s cheaper? What if you’re a hairy woman who doesn’t shop in Tesco? But shaving off our repulsive body hair isn’t the only thing for which women have been paying more for. On average, women pay 37% more for gender-marketed products, and given the gender pay gap, this is a real problem.

But why just reduce the price of women’s razors, and nothing else? Why is Tesco encouraging women to have no hair? Did they find a pube in the women’s-toiletries aisle? Or are they just intimidated by real women shoppers? I don’t think this is a victory in the battle to eliminate gender-based discrimination in the high street at all, I think this is a victory for the patriarchy. Having loads of hair bursting out of my pants or swimming costume and gauging men’s reactions was my most effective twatometer, but I’m a sucker for a cheap disposable razor, so now I’ll have to think of something else.

Previous No one wants to talk about Brexit – and if we don’t, it will just go away. Right?
Next ‘I thought I’d hate it’: Bridget Christie on loving the Last Night of the Proms