Written by Bridget Christie in The Guardian on November 27th, 2021

The comedian on Jon Ronson’s take on the culture wars, an app for menopausal women, and a life-affirming book about death 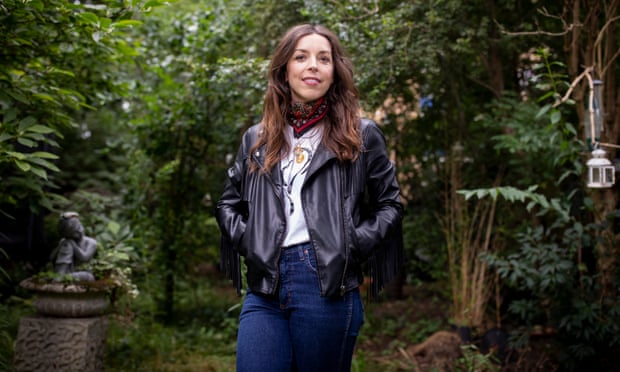 Born in Gloucester in 1971, comedian Bridget Christie’s debut BBC Radio 4 series, Bridget Christie Minds the Gap, was first broadcast in 2013. That same year she toured her show A Bic for Her, which won the Edinburgh comedy award for best show and a 2014 Chortle award for best tour. In 2015 she published A Book for Her, followed in 2017 by Netflix special Stand Up For Her. She lives in north London with her husband, comedian Stewart Lee, and their two children. Christie’s new show, Who Am I?, is at Folkestone Quarterhouse on 2 December, then Leicester Square theatre, London, 14-18 December.

There’s no one quite like Jon Ronson. Meticulous, disarmingly charming, non-judgmental and very funny, he’s like the Columbo of investigative journalism. In his latest series he turns his genius mind to the culture wars currently raging across social media, and how they can cause a ripple effect that results in unforeseen, and often tragic, circumstances. In the first episode, on the abortion culture war, he traces it from a young film-maker in Switzerland to an abortion doctor being shot and killed in New York. What I love about it is the way he interviews people, like he’s trying to solve a puzzle, rather than pointing the finger.

I first saw this experimental Liverpool group years ago in Edinburgh and they blew my mind. I’d never seen anyone playing an electric guitar like it was a xylophone before. Using percussion, electric guitars and other instruments, they create a hypnotic, mesmerising wall of sound that builds and builds, with an almost ritualistic fervour, to its climax – before bringing it all back down again. The level of choreography involved, and the control, fluidity, intuition and care they apply to both their music and their unique performance style, are extraordinary. It’s like watching a penguin carry its egg. Everything they do is so deliberate and measured, from the slowly raising and lowering of a hand, to the precise, delicate ring of a bell. I love running to Six Sticks. I play it on my last lap of the park. It gives me that final push I need.

Just a few minutes’ walk from Finsbury Park station, this little Japanese/Korean restaurant is a gem. I took my brother and his family there when they were visiting from Sweden once and everyone loved it. My favourite is the vegetarian bibimbap (yamchi), but it’s got a great and extensive menu. It definitely has more than just cabbage, which my husband managed to order for both his starter AND main course once. Nice, friendly staff and fast service too. I’d say downstairs has a better ambience: you can watch the sushi chef in action if you’re on a bad date or with your teenage children and the conversation dries up. Oh, and it’s very reasonably priced.

This is the app by menopause specialist Dr Louise Newson. It’s great. You can enter in all your menopause symptoms in your journal, track your periods, moods, sleep patterns, activity and food intake. I started drinking less caffeine because of this app, and found out yesterday that a humidifier would help with my dry eyes. Also, if you keep up to date with everything, it’ll generate a health report for you that you can email to your GP ahead of your next appointment, which is handy as you’ll probably have forgotten everything.

I watched this last week with my teenage son, who is studying it at school. Based on JB Priestley’s 1945 play, it’s really well written (by Helen Edmundson) and brilliantly acted. It takes place on a single night and focuses on the upper middle-class Birling family There are excellent performances by Ken Stott and Miranda Richardson as the horrible parents, but David Thewlis as Inspector Goole is the star. Interrupting an engagement dinner, he informs them that a woman they have all individually mistreated, disrespected or exploited, has killed herself, and they are all to blame. His closing speech, about shared humanity and responsibility, could’ve been written yesterday. A critique of middle-class Edwardian hypocrisy, Priestley warned that if we weren’t kinder to one another, humankind would be taught a lesson, “in fire, and blood, and anguish”.

With the End in Mind: How to Live and Die Well by Kathryn Mannix

This extraordinarily moving, profound (and funny) book genuinely changed my outlook on life. Dr Kathryn Mannix has spent her life working with people with incurable, advanced illnesses and in palliative care. She has experienced death thousands of times, and has used that experience to write a book to help us all. But it’s far from a miserable, frightening book about our worst fears. Mannix is such a skilled writer, she can make you cry one minute and laugh out loud the next, and there are moments of real joy in it. An essential read for anyone who thinks they might encounter death at some point – and that would be all of us.

Previous Comedian Bridget Christie: ‘I see my flasher’s penis all the time. But I can make horrible things amusing’
Next