From Bullingdon to the Cabinet Office, David Cameron has rejected women – now it’s our turn.

Written by Bridget Christie in The Guardian on September 17th, 2013

A Mumsnet study reveals that women are deserting the prime mininster in their droves. We might change our minds if he supported a ban on Page 3 – and stopped going on holiday 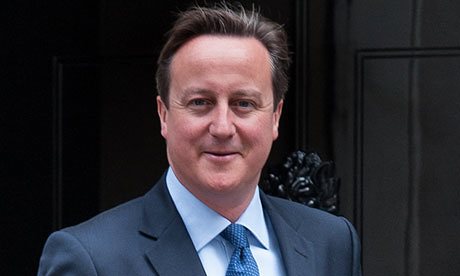 According to a new study by Mumsnet, the website for mums and nets that almost ended Gordon Brown’s political career with a biscuit, women are deserting David Cameron in their droves. Exactly how many women has Cameron got, apart from Samantha and the four members of his cabinet? I thought that was part of the problem. Unless Mumsnet is also counting Freya, the Downing Street cat and chief mouser to the cabinet, appointed by Cameron after he was heavily criticised for dropping three female ministers in his re-shuffle?

Are there some other women somewhere that we don’t know about? Is Cameron actually Alexander Thynn, the seventh Marquess of Bath, AKA “the loins of Longleat”, with his 74 wifelets, controlling the government from a safari and adventure park in Wiltshire? Are all his wifelets deserting him because of his policies on stay-at-home mums? Have they heard that sheikhs’ wives have more rights? And fewer rivals?

I’m not one to indulge in outlandish conspiracy theories, but look at the facts. Both men went to Eton. Both men were in the Bullingdon Club. Both men keep cats. That’s three things off the top of my head. Is the David Cameron we know just an actor, playing the part of David Cameron for security or PR reasons? Did Cameron’s media adviser tell him that the British public just wouldn’t accept a man who wears red velvet trousers and paints erotic pictures of the Kama Sutra as their prime minister? Not one in a coalition government, anyway. Is that why Cameron doesn’t appear to believe in anything, or have any focus or passion? Maybe that explains why Cameron keeps going on holiday all the time. Because of Equity, the actors’ union.

Whether this David Cameron is the real David Cameron or not, the Mumsnet study has revealed that he’s a big Tory turn-off for women. He’s too posh and just doesn’t get us. Even posh women – his own kind – don’t like him. Say what you like about George Galloway, and please do, but he played the long game. Before his Bradford West victory and his ignorant rape gaffe, he knew that if he were to secure the women’s vote, he had to show that he was a man in touch with women. He did this by reaching out to women via social networking sites, knocking on doors, and lapping up milk like a cat on television.

Polling research, conducted by Ipsos MORI, shows that Cameron’s five-point lead over Labour among women voters in the last general election has turned into a 13-point deficit. On key issues such as the economy, employment and where the cuts have fallen, women don’t feel there’s someone looking out for us. Changes to childcare payments and the government’s efforts at targeting female voters with policies on the sexualisation of children, internet safety and adoption aren’t working. Plus, he keeps going on holiday.

To help Cameron work out how to trick us into liking him, he appointed Laura Trott (not the cyclist, another one) to advise him on women’s issues. Why he couldn’t just ask Samantha is beyond me. If my husband came home and told me he was employing a woman to advise him on women, I would absolutely hit the glass ceiling. Vivienne Hayes, chief executive of the Women’s Resource Centre, the UK’s largest umbrella for women’s issues, is one of several in the sector never to have met Trott. Anyway, isn’t Maria Miller, the minister for women and equalities, supposed to be our woman on the inside? In Miller’s defence, she is doubling up as the secretary of state for culture, media and sport and so must be very busy ending all art.

In the interests of balance, no government, Labour or Tory, seems to have made great strides where women are concerned. We campaign for the same things year in year out, with very little progress. We need to start seriously tackling domestic violence, sexual assault, rape and female genital mutilation in this country. Clare Short introduced her Page 3 Bill in 1986. The No More Page 3 campaign was launched in 2012. We still have Page 3. A good place for Cameron to start would be to end this.
And stop going on holiday.

But I’m glad that women voters are rejecting Cameron in a dignified, intelligent way, based on his policies, rather than attacking his skin, his sex appeal, his ability to reproduce, his weight, his height, his hair, his ex-partners, or his age.
Perhaps Maria Miller could look into how women are covered in the media too?

Previous
Next ‘Normal sex’ is not having sex in a box in front of a studio audience.