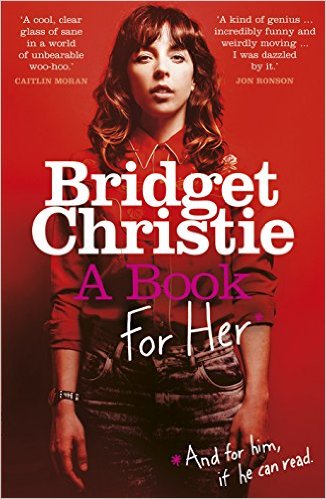 A Book For Her was published by Century Random House on 2nd July 2015.

It details Bridget’s ‘feminist epiphany’ – a fart in the Women’s Studies section of a bookshop in April 2012 – and her subsequent journey from the bowels of stand-up comedy to one of the most critically acclaimed British standup comedians this decade. If you’re interested in comedy & feminism, then A Book For Her is definitely for you.

If you hate both then you should probably give it a miss. As with …Minds The Gap you can download an audio book of ‘A Book For Her’ on both iTunes & Amazon’s Audible.

A Book For Her Radio & Podcast Interviews.